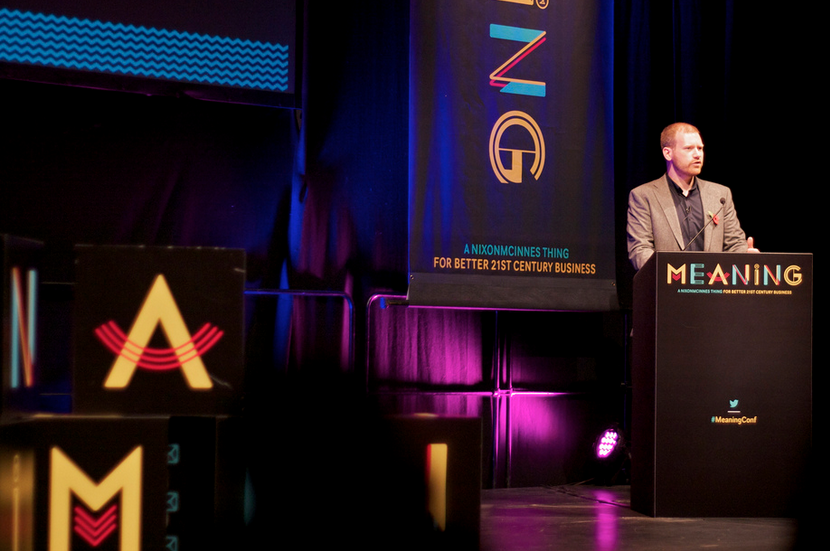 Half the happy startup team attended Nixon McInnes’ annual conference in Brighton in early November – Meaning 2013. The day always promises a strong lineup of like-minded leaders, giving inspiring talks on the future of business – and this year was no exception.

Nixon McInnes believe as we do, that business needs a re-design in the 21st century. They created Meaning to connect and inspire future business leaders who believe in the same thing, curating talks that inspire action.

We’ve pulled together some key take-aways from the day. Here are 10 things that hit home. 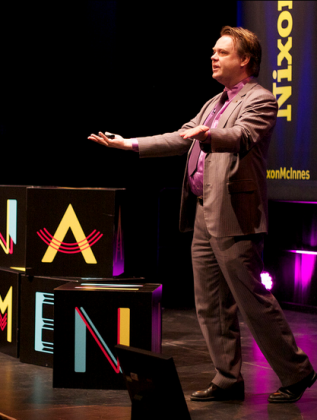 1) People want to be part of change…

…and help for free. Rick Falkvinge, founder of the Swedish Pirate Party was the first speaker of the day sharing the story of how one man with an idea for change became the fastest growing political party with just €50,000. Rick shared how he created a massive community on a shoestring budget, by adopting a swarm strategy – where thousands of people come together to make one specific change (he elaborates in his new book Swarmwise). Rick says leaders need to provide a mission for people to rally around, where everybody can see there’s a place for them. If somebody can help towards reaching a goal or driving a single idea without having to be asked, magic happens, people start swarming towards that idea. Ideas should be credible, executable and epic, so shoot for the moon.

“When we communicate that we trust each other, magic happens” Rick Falkvinge

2) If you’re human, you’re a storyteller. Get good at it. 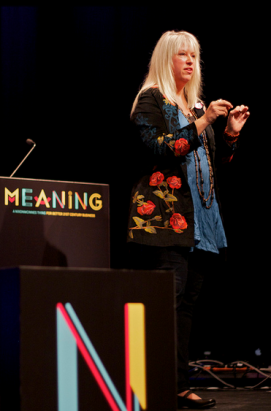 Mary Alice Arthur, an author, story teller and facilitator for inspiring change, shares similar ideas to us. Stories make for driving positive change. If you apply this to entrepreneurs, having a story in business gives more meaning and a clear purpose for people to rally around your cause. Stories show a more human approach to business, essential for gathering a swarm of proactive people for driving change.

3) The best leaders lead through inquiry

Co-founder of JustGiving Anne Marie Huby, shared insight in the way they do business at JustGiving. She shared their core values; enabling all workers to make their own decisions, freedom to make mistakes, trusting employees to do the right thing so much that there’s no need for rules.

At JustGiving, leaders lead through questioning. No single person can win points or make decisions through status. She rightly believes, it takes collective intelligence to answer problems no one person can answer. JustGiving’s core values and democratic approach to business empowers culture and team integrity.

“The stronger the culture, the less rules you need” Anne Marie Huby

After telling us about JustGiving’s team work approach, Anne Marie reinforced the importance of focussing on inventing products that have real meaning – profits should be a by-product of doing better things, after all. She introduced a new project the team are working on as an example – Yimbly, a crowdfunding community for social good. Yimbly was made to disrupt the growth engine and add value to JustGiving customers and shareholders. Anne Marie showed us that placing more focus on how we’re doing business not what we’re doing, leads to better outcomes. Test and learn constantly.

Mikel Lezamiz is the director of cooperative dissemination at MONDRAGON who gave a fascinating talk on how the €4bn business owned by its employees has become remarkably resilient facing the Spanish economic crisis. Mikel shared how ‘workforce has the power, capital has the tool’. Employees live their core values, cooperation, social responsibility, innovation, and participation which owes a lot to the 0.01% staff turnover rate and yes, alarmingly the business has never sacked a soul since the beginning of time. 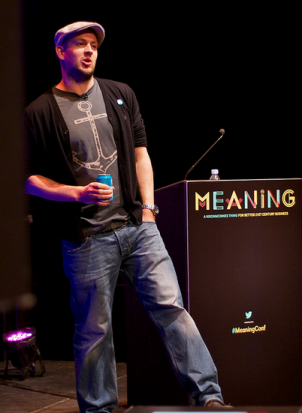 6) Fun should be featured in a business model

After lunch, James Watt the co-founder of BrewDog stole the show (and no, it’s not because he bribed us with a free beer). BrewDog is Scotland’s largest independent craft brewery, powering through industry norms by refusing to let their money failures prevent people from drinking good craft beer. BrewDog have adopted a disruptive business model where they set up an ‘equity for punks’ scheme allowing their fans shares in the company along with huge discounts across their beers, forever. James told us all the fascinating and witty tale of the beginnings of BrewDog and their open, transparent approach to business – proving that having a little fun, disregarding corporate growth models and doing something you’re truly passionate about is the future of business.

Sue Black is one of the Guardian’s top ten women in tech, driving change in attitudes towards tech for a better future. Before launching schemes to mentor mums in becoming #techmums, Sue recognised a problem in the world. Technology is the future, but there are still many people out there resisting the digital revolution. For Sue this was more apparent in mums, lots of whom have ideas for setting up businesses, without the tech skills to as much as send an email. Sue set up a crowd funded training scheme that taught mums how to be more digitally aware with the aims of giving them a more positive attitude to the digital revolution. Sue’s story was both endearing and motivating. Since launching the #techmums campaign she has helped numerous mothers enrich their lives with the power of t’internet. 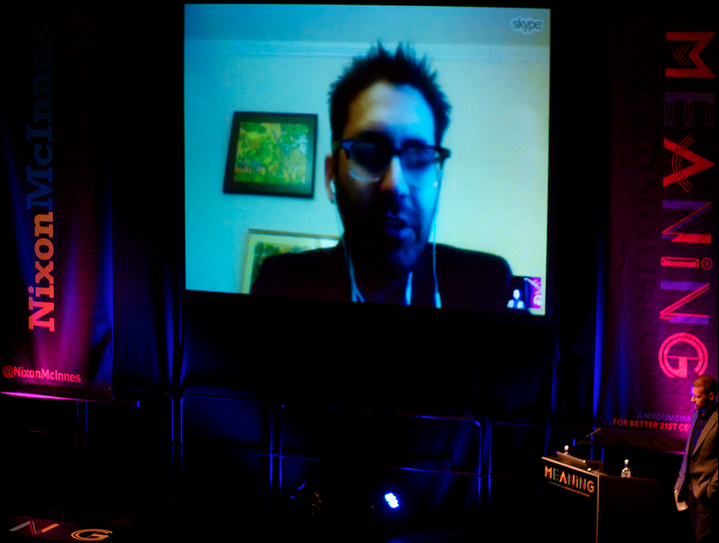 8) A dark age is looming

Towards the end of the conference we were joined by economist Umair Haque in a group Skype call. Umair stressed the need for a new revolution in business. We need to build businesses with stronger values and less focus on financial growth. When we look at meaning in our every day lives, we shouldn’t be looking at material wealth, we should be focussing on fulfilment. And Umair argued businesses should do the same – we should seek fulfilment through other means than just financial wins. He says, “we need meaning now more than ever. We’re entering a Dark Age for humanity where we’re reluctant to speak out against unfair systems in place around the world.”

9) Don’t become the companies you set out to disrupt

Lee Bryant is an expert in social technologies. His closing talk really hit home with attendees as he argued the need to completely reinvent organisational structures and leadership. Too many startups are mimicking the very organisations they’re battling against. They’re replicating what they perceive to be successful business models in hope that they grow to be as financially successful as their competitors. Startups need to get ahead of the game and realise that what’s considered the ‘norm’ – top-down organisational structures – isn’t working anymore. It’s time to innovate and squash traditional structures to find a way that works for you and your organisation, taking into account your mission and values. Lee’s talk was an epic end to the day.

This final point is the best attempt at summing up the day in a sentence, taken from Luke Dodd’s brilliant write-up of the event:

‘Using that understanding [of meaning] and infusing it within your communication strategy encourages employee engagement, makes messages sticky and ensures alignment to business values. Meaning is powerful. And meaning can transform your organization. ‘

If you’re a forward thinking entrepreneur building a business with meaning, read our free ebook & startup toolkit to learn how you can build a happy startup born from passion and purpose. (Karma points if you share!)